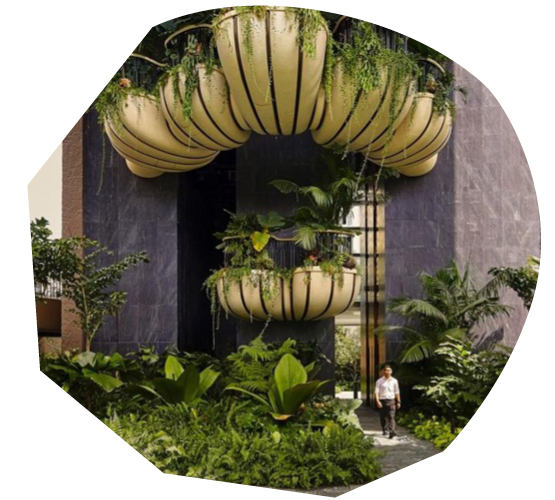 Eden, Singapore’s latest residential high rise, has sold all 20 of its units as of March 2021. An impressive feat, considering the fact that development began last year.

“The project was about horticulture, botanical residences – for me the plants are like exhibits rather than just garnishes around the edge of a plate,” Thomas Heatherwick, founder of Heatherwick Studios, the firm that designed Eden, said. “So every single one was carefully selected.”

The main selling point – arguably THE selling point – of the development is its intentional biophilic design. Heatherwick worked with Coen Design, a Singapore-based landscape architectural firm, on ensuring the layout and mixture of elements were correct. From the natural light that floods the units to the “living” facade of the building (made up of the greenery of the building’s balconies), it’s the perfect addition to a city lauded for its attentiveness to all things green and sustainable.

Dubbed “the garden city,” Singapore is undoubtedly leading the way when it comes to green building and sustainability. Its efforts go back to founding prime minister Lee Kuan Yew, and the desire to give everyone on the island access to nature. Today, biodiversity is a key element of the city’s infrastructure.

Click here for the full article on Singapore leading setting a green and sustainable example for other countries in Asia.