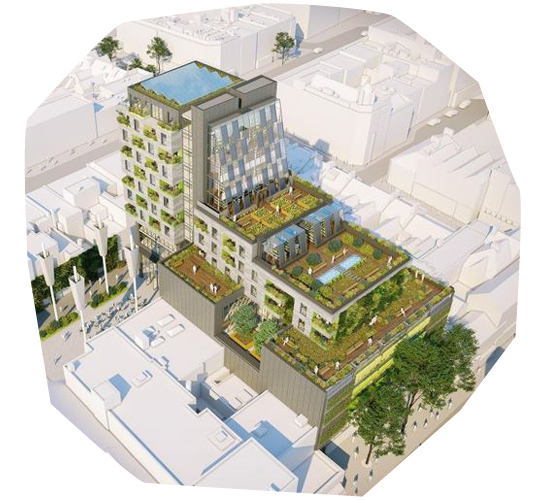 Swansea ‘urban greenhouse’ to be completed by 2022

Metropolitan areas are beginning to introduce biodiversity into their infrastructure, but few have made the same commitment as Swansea in the United Kingdom.

Following in the footsteps of other biophilic cities, Swansea will soon be able to boast its own “urban greenhouse” in the city’s center. Plans for a 12 story building by Hacer Developments were approved by the city council in March. The building will be joined onto a nearby Woolworths building, offering apartments, educational facilities, retail spaces and a bio-diverse courtyard.

Keeping with the eco-friendly characteristics of the development, there will be solar panels on the roof.

Additionally, four floors of the tower will make up an urban farm-style greenhouse, watered by its own unique system.

Click here for the full article on Swansea’s “living building.”

Click here for a related post on the “living walls” in an office development in New Bailey, Salford.