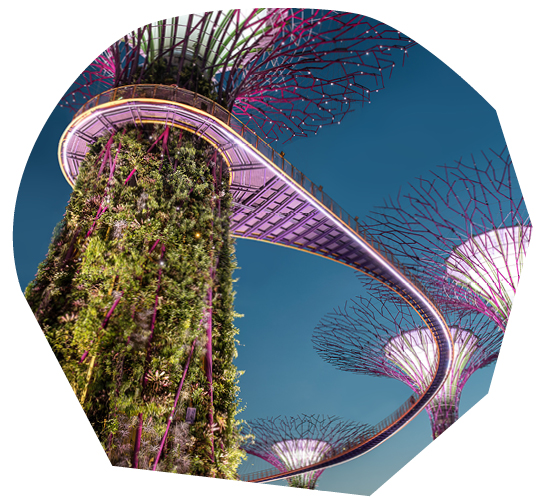 A Biophilic City: The History of Singapore

Considering how the island has changed since it was colonized by the British in 1819, who would’ve thought Singapore would become the biophilic phenom it is today.

Ninety-five percent of its vegetation had been cleared as its population grew and infrastructure developments tried to match its pace. It wasn’t until 1967, after becoming an independent state, that things began to turn around.

An article by Euro News details Singapore’s growth into a prodigy of biophilic living. In addition to combating their lack of greenery, the country rose to the challenge of conquering its air pollution issue. The Singapore Green Plan was created in early 90s, but later re-established in 2002 to focus on air and climate change, water and clean land and the country’s nature and public health; with an end goal of 2012.

Read more about Singapore’s path to becoming a biophilic city in the Euro News article here.